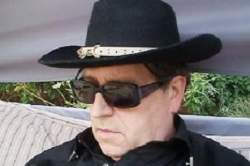 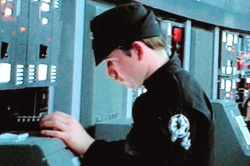 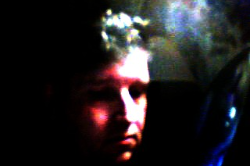 For the time being, Ralph will be performing as a solo artist.  This does not mean that TheDragonflyRising has disbanded, simply that the band is waiting for calmer waters before venturing back into the live performance arena.

Ralphmorse.com is primarily intended as a reference point for visitors interested in Ralph's career or wishing to contact him and/or Johnny Cashbox and TheDragonflyRising, (a.k.a The Pelmet Overload and The Renegades From Quark).  The pages on this website contain merely a brief overview of an innovative and constantly changing artist.

Dr Ralph Morse is a performance artist, writer and teacher with over forty years experience.   Born in 1955 and raised in the Colchester area his interest in the arts began with the marionette shows he wrote and staged for his friends and the local community when he was a child.     His latent talent was nurtured by Gwen and Victor Moll, Ralph's music and drama teachers at Halstead Secondary School, (now the Ramsey College) and further developed by Charles Butler and Nester Slack at the North East Essex School of Art, (now Colchester Institute), where he completed his A Levels and was president of the Student Union.

Ralph's received his first professional engagement at the age of fifteen when he was employed as a comedian by Halstead Working Man's Club. As he explains,

"By my early teens, I had been involved in many school and local group productions and was becoming quite an established young actor and singer.  When I explained to my parents that I wished to become a professional actor, my poor old dad was horrified.  He would have preferred me to have kept my interest in the arts as a hobby and studied for a "proper profession"  such as medicine or the law.  He was also concerned that my popularity with several local mini-skirted young ladies may well have been a driving factor.   While he always supported me, I suspect my father thought that a tough gig in front of some non-swooning adults would cause me to rethink."

After an initially shaky start, Ralph jettisoned the professional material he had "borrowed"  and started telling his own stories which hit the mark and he was subsequently rebooked.   By the time he gained a place at the prestigious Rose Bruford College to train as an actor and teacher, everyone knew that Ralph's future, whatever direction it took, would involve as he himself puts it,  "... a lot of showing off"

Ralph Morse as the Colonel in "How's The World Treating You?" at the Theatre Royal, Stratford in 1977.

The three years Ralph spent at Rose Bruford College under the direction of Principal and Stanislavski specialist Jean-Norman Benedetti would provide him with a whole range of skills to pursue his subsequent career in performing and training.   He has many interesting anedotes from his time there, but two of the most comical occurred following his last role with them;  as the Colonel in the Roger Milner play, "How's The World Treating You?"

"My character was a bluff, but genial commanding officer who drinks solidly all the time he is on stage.   The decision was taken that I would drink real ale that I would pour from a barrel myself in full view of the audience.   We had a limited rehearsal period in the theatre, so the technical run, (during which I drank),  the dress rehearsal, (during which I drank), and the preview, (during which I obviously drank), were all on the same day!   By the time I was half-way through the preview, I was more than a little bit tipsy.   One of the critics who saw the performance said it was one of the best renditions of a drunk he had ever seen.  Hardly surprising!"

Ralph also received an approach from an agent, (one of the first goals for any budding actor), with some equally amusing results.

"A particular highly respected agent approached me after the last performance and remarked how I had impressed him and that he was especially interested in representing an unknown but mature actor.  He said he would be in touch.   It is a phrase actors often hear so I didn't hold out much hope,  but within a few days he rang me and invited me to audition for a television role.    When I turned up for the audition I noticed that everyone else appeared to be much older.    When the casting director saw me he exclaimed, "Well you won't do, you're far too young!"

When the agent said he was interested in representing a mature actor, he evidently thought I was one! "

At the time, Ralph was terribly disappointed, but the ability to convey an older character convincingly was a real talent that would serve him extremely well in the not too distant future. 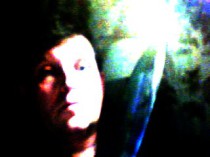 Ralph Morse as King Lear for the Causes Theatre Company 1980

Shortly after leaving Rose Bruford, Ralph joined "Cue Theatre" a London based community company.  Here he met and worked with two friends that would have a major influence on his subsequent performance work;  Norman Gay and Edsel Kragg.   In 1979, Ralph became artistic director with "Causes Theatre Company"  and upon discovering that Shakespeare's "King Lear" was on the list of intended works, he very quickly turned to Norman Gay for his possible leading actor.

"Norman had won the Lord Leverhulme scholarship to RADA in 1939, where he had studied and worked with Sir Richard Attenborough.  He was a great actor with a regal bearing and would have been superb in the role."

Nevertheless Norman declined, but came up with an alternative suggestion that was both bold and courageous.  If Ralph played Lear then Norman would be proud to play Fool.   After much discussion within the company,  it was agreed, with one proviso, that Norman direct it.

"Given that I was only twenty-four at the time,  we decided to strip the whole production back to the bare bones; no beard, no crimson lake make-up and no wig.    Instead we would focus entirely on the acting.   We were, after all,  a theatre company not film producers.   If you compare the film of the Elephant Man, (which Ralph briefly appeared in), with the stage play the most obvious difference is the way in which the eponymous character is presented.  John Hurt's make-up was amazing but in the theatre the actor works with no such trappings.    So it was with Lear.  Instead of simply trying to play an older man, we concentrated on the frustrations of a weakening body and failling mental processes that would drive him into a frenzy one minute and leave him frail and exhausted the next."

It was a gamble, but Ralph's astonishing performance as King Lear and an equally contrasting role as Billy Fisher in "Billy Liar" earned him the London Theatre Associates Best actor award for 1980.   It also won Norman Gay the best supporting actor award for his role as Fool.    Causes Theatre Company was a highly creative and diverse company and Ralph would portray a range of Shakespearian roles for the them including Brutus in "Julius Caesar", Malvolio in "Twelfth Night" and perhaps of most interest Bottom in  "A Midsummer Night's Dream."

"We gave some performances at the Minack Theatre in Porthcurno, Cornwall.  It is a beautiful amphitheatre, high on a cliff with the sea behind the actors.  It was a wonderful venue and we thought it might be good to replace the ass head with a fish head in order to give the production a direct connection with the environment.  We modified the dialogue accordingly so that at one point Bottom accuses his friends of making a "cod's piece" out of him."

In addition to the classics, both old and modern, Causes was essentially a community project bringing theatre to parts of South East London and Kent and that included writing original work.  Ralph's first full stage play, "Roger (A Busker)"  was performed by the company.     It was a period of great artistic endeavour but required a level of commitment that ultimately prevented him from exploring other opportunties.    Having given his very best to Causes, Ralph left the company in 1982.    There were other parts in the theatre, of course, but Ralph would ultimately find his future lay in teaching, training and as a performance artist.    He would maintain links with the film and television industry, appearing sporadically in cameo or extra roles over the intervening years, but the bulk of his creative work centred on educational drama.   In 1996 Ralph  wrote "The Four Seasons of Wounded Knee" a challenging piece for students of the AEB A Level course in Theatre Studies.   In 2007 he would return, briefly, to the stage in his own one-man play, with music, "Who Is Leonard Jones" written to highlight some of the issues impacting on the retired community and produced in association with Age Concern, Colchester, (now Age UK).

Ralph retired from full-time teaching in 2003, and has shared his time between his role as an adult trainer and his performance art.     Whilst Ralph has created a number of different characters, (three examples appear below), the one that he is most associated with is Johnny Cashbox.    So the journey continues. 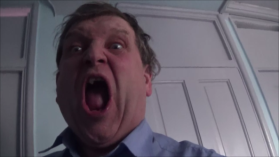 Known as  "The Depressed Cornish Baritone",  Bryan Tearful began his career when he was discovered singing operatic versions of Smiths songs on Truro Railway Station.   Shortly afterwards he was invited to play "Shifty Sam" in the Alternative Opera Company's production of "Return to Mandalay" that features the "I Am Gone" aria with which he is now most associated.

"The unique voice of the Empire"    Having survived the destruction of two Death Stars, Stormy retired from active service with the Empire and exchanged his blaster for the microphone. His distinctive tones can now be heard on "Radio Vaydar" where he presents the breakfast show and as the principal DJ at the "Wonky Wookie" nightclub. 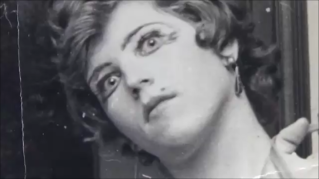 "The Timeless Glam Rock Star"      When a young street hoodlum dodged into a glamorous boutique to avoid capture from the local police, it never occurred to him that he would one day become a style icon and trailblazer.  Whilst hiding out there Duke tried on a few outfits and applied some make-up simply to disguise himself.   He found he liked it and the rest, as they say, is history.